In the Name of Love

I was curious why “In the Name of Love”, Aga Muhlach and Angel Locsin’s movie, is listed on the Top 20 highest grossing movies worldwide. So last Saturday, after doing the laundry with hubby, I watched it at a friend’s house. At first, I thought it was an ordinary love story but I was wrong. We were watching almost half of the movie but still we were clueless as to what really happened to Cedes (Angel Locsin) that made her forget Emman (Aga Muhlach) for years. It’s such a great movie with unpredictable story so you have to finish it until the end to know the real story behind the forbidden love of Emman and Cedes.

I was delighted that after so many years, I have seen again a local movie that is worth watching. No offense to the local movie industry but since Lino Brocka died, I can count on my fingers local movies that are sensible.

Again, that was a great Mom-me time with my friend.

“On the Street Where You Live” is the title of Mary Higgins Clark’s novel that I have just read. It is about Emily, a young woman that is haunted by two murders that are closely linked. In seeking to find the link between the murder in her family a hundred and ten years ago and the recent murder, Emily becomes threat to the killer who has chosen her as the next victim. 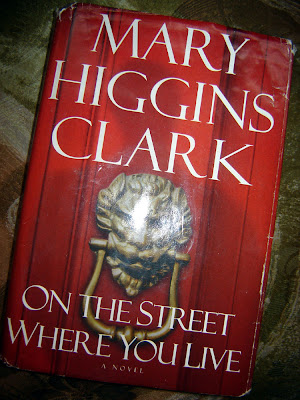 Good read but it didn’t fascinate me much because I was able to read a novel with almost the same plot as this one…”copycat killer”. But I am glad though that I found the time to finish it last weekend. I seldom find time for myself so reading this novel was one of those precious times I cherish. Once again, it was a great Mom-Me time.

“Me” Time on Rainy Weekend

I enjoyed the long weekend though it was raining cats and dogs. We bought roasted chicken, cake and ice cream and celebrated Father’s day at home. I savored every moment with hubby and RJ. I kind of missed them these past days as I was left alone in our house the whole day everyday. The rainy weekend was also bonding moment for hubby and RJ. They played computer games while I was reading “Daddy’s Little Girl” of Mary Higgins Clark. That was my “me” time. Though my eyes didn’t get the rest they needed, my brain did. No blogging for four days as I got really hooked in the novel. I felt as if I was Ellie Cavanaugh, the character in the book. 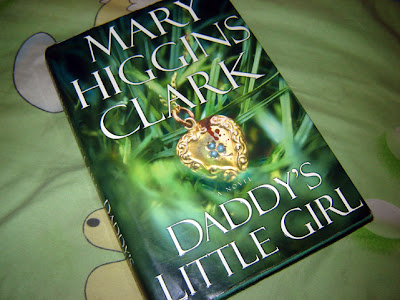 I love blogging but reading will always be my first love. I really had a great “me” time.