The HTC One gets an upgrade and is touted as the luxury mobile phone of choice from this Taiwanese handset maker. This particular model is considered to be a close contender to Apple’s iPhone, perhaps even closer than Samsung’s Galaxy line. The gold model follows the colors already in the market which are black, blue, red, and silver. The HTC One runs on a Snapdragon processor and boasts of RAM and software that’s poised for functionality.

The HTC is not the only phone to offer such luxurious look, feel, and functions. In fact, Apple launched its iPhone 5s in gold even before HTC came out with theirs. The latest flagship phone of Apple also comes in sleek graphite and space grey. It still offers that “exclusivity” of the apps only available at the Apple iStore. Following Apple’s move to go for gold, Samsung also came out with its own gold smart phone with its limited edition Galaxy SIV.

For those who wish to take their luxury mobile phone up a notch, there are retailers and jewellers that can provide mobile phone cases in real gold. Phone owners can even choose to have their cases bedazzled with gems.

More important than the gold case of these phones, however, what’s inside should be considered in deciding on which among these gold luxury phones to purchase. The processor, the apps, and the hardware are some of the things that consumers should look closely into. It’s easy to get blinded by the look of gold. Even if they have all the money to afford the high price tags of these luxury phones, wise consumers should be wise enough to consider factors other than the color of the case.

Everywhere you look these days, you would see people toting mobile phones in their hands. Some people even have two or more mobile phones that they carry around as they go about their daily routines. It’s easy to see how invaluable these small gadgets are.

However, advancement in technology has made the evolution of mobile phones so much faster. The latest mobile phone models practically become obsolete in just a matter of weeks or months! Those who have the means change mobile phone units as easily as they change their clothes. They discard or dispose of their old units in a flash.

What these people may not be aware of is the fact that these discarded mobile phones contributes to ever-escalating environmental problems. This is the reason why mobile phone recycling is being pushed these days.

When mobile phones are discarded improperly, these could land in landfills and cause direct, harmful effects to the environment. Chemicals from used-up mobile phone batteries could leak and contaminate soil and water supplies.

Recycling of old mobile phones is being encouraged amongst mobile phone users not only to help alleviate ecological issues but also to help some people earn a little something from their old units. Many companies, some of which operate online, eagerly accept and receive old mobile phones for recycling. These companies accept both working and non-working units. The price they would pay usually depends on the condition and brand of your mobile phone.

Therefore, if you want to contribute to the cause of environmentalist and earn extra cash at the same time, it would be a good idea for you to consider mobile phone recycling. Just think how great a feeling it would be knowing that you were able to stand up against global warming while pocketing a few extra cash along the way. 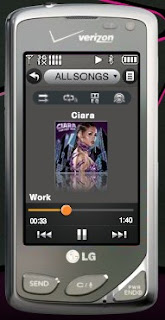 This is a Sponsored Post written by me on behalf of LG Chocolate Touch. All opinions are 100% mine.
A very busy and techy person like you can not leave the house without a big bag or attaché case. Inside are your cell phone and laptop because you need to be in touch with everyone whenever you are out through calls, text and internet. You also bring along your mp4 or camera to kill those boring time while waiting for your client or date. But what would you do if there is a mobile device that can give you all the applications you need? For sure you will leave your laptop, camera and mp4 behind.

LG Chocolate Touch can give you all the applications you need. It will help you simplify your life by allowing you to carry one all-encompassing digital device. You can call, text and it allows you to one touch access to social networking like Twitter, Facebook and MySpace. It also has 3.2 Megapixel Camera/ Camcorder allowing quality pictures and videos to be taken. It has intelligent shot Panorama Facial Makeover or image editor.Are you a music lover? Then the LG Chocolate touch is the right phone for you. It is equipped with Dolby Mobile technology for a crystal-clear sound quality. It has Dolby Mobile Equalizer that includes Natural Base, High Frequency Enhancer and Sound Level Controller, thus you can adjust the sound that best fits your mood. You can really feel the music because of the Sweet Visual Effects and features, including Rhythmical Beat that vibrates the handset to the beat of the music. It is the next best thing to live performance.

Owning an LG chocolate Touch is more than just of a fashion statement. It will surely simplify your life. You can now leave your house with just a purse in hand with your LG Chocolate touch inside.