The euro is sharing the honours with the New Zealand dollar for the best-performing major currency of 2013. It has strengthened by 1.5% against the US dollar, 2.5% against the pound, 4% against the Swiss franc and a thumping 6% against the battered Japanese yen. A goodly proportion of those gains has accrued in the last week. Since last Friday morning the euro has added one and a half US cents, one and a half British pence, four Swiss centimes and two and a half yen.

For sterling/euro the story is clearly more one of euro strength than sterling weakness but the pound’s problems cannot be overlooked. It is having to cope with a handful of negative issues. Not least of those is the resurgence of confidence in the euro, which has had a knock-on effect on the commodity- related currencies. With the dissolution of the European currency no longer a threat they have all found renewed support. Renewed confidence also means less appetite among investors for the perceived, but ultimately questionable, “safety” of sterling. 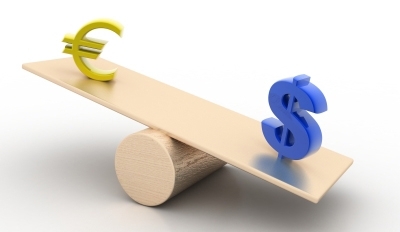 The UK economy is doing the pound no favours. Since last Friday morning economic data for industrial and manufacturing production and retail sales have all been even weaker than expected and the NIESR has estimated that the economy shrank by -0.3% in the fourth quarter of 2012. That, in turn, dramatically increases the risk of at least one agency taking away Britain’s AAA rating. The agencies have long made it known that their continuing approval would be conditional on a narrowing deficit and a return to growth.

Britain’s attitude to Europe also alarms investors. The anti-Europeans in Westminster have been particularly vocal of late and it not impossible to imagine them succeeding eventually in taking the country out of the European Union.

Supporters of sterling argue that the Euroland economic picture looks even worse than that of Britain. Whilst the -2.4% annual fall in UK industrial production was dismal it was less so than the -3.7% fall in the euro area. The meagre 0.3% increase in UK retail sales in the year to December would have been greater had it not been for lower spending on fuel and the Euroland figures for the same period are almost sure to be worse.

Sterling’s supporters would also point to the 3.5% by which sterling has strengthened this year against the Japanese yen and the South African rand and the two cents it has gained against the Swiss franc. They would quote Eurogroup leader Jean-Claude Juncker, who said this week that the value of the euro was “dangerously high”.

Those arguments are all valid. It is also possible that sterling’s current downward move against the euro might just be another phase in its consolidation after the dramatic fall that took place in 2007-08. The pound is, after all, still almost exactly in the middle of the ranges against the euro and the US dollar that it has occupied for the last three years in currency exchange.

But none of that changes the fact that the pound has been declining against the euro ever since 26 July 2012 when European Central Bank President Mario Draghi promised to do “whatever it takes” to save the euro.  Sterling is down by 7.5% from its peak and back to the levels of a year ago. And it could fall further. The loss of another two or three cents would not be a surprise.

Paul is a leading blogger in finance specialising in sending money abroad . 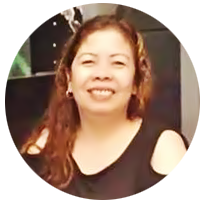