Top 5 Scariest Jobs in the World

There are some jobs that are so scary that there are only a few people who feel able to do them. These jobs require a certain amount of skill or put the person in danger while they are doing it, which means that they will often be paid a lot more money than if they were doing other jobs. Unfortunately, while not everyone wants to do the job, someone has to, and they are prepared to risk their life and limb to get the job done, no matter what.

A window cleaner might sound like a pretty ordinary job but when you put it in the context of cleaning the windows of huge glass high rise buildings it looks a lot scarier. Window cleaners are usually put on a platform, sometimes hundreds of feet off the ground so that they can get to the outside of windows in buildings. Often the people who do this sort of job are trained climbers who enjoy the feeling of being suspended high above the ground. AMC Commercial Cleaning experts that do window cleaning are some of the most skilled at their job and need to be bold and fearless. 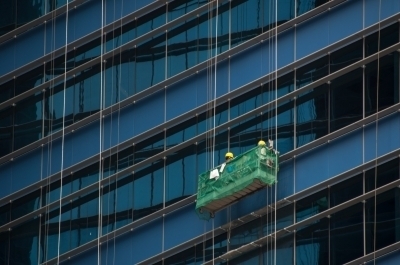 For people who do pest control, there are often loads of risks involved with getting into small gaps under buildings, on rooves and coming face to face with different types of creepy crawlies. They often will be asked to remove venomous animals from dwellings and when they go to a job there is no telling what they may come across in the line of duty.

A forensic entomologist is the person who needs to examine insects found on a dead body to determine cause of/and time of death. Their job involves getting up close and personal with the dead, and often by the time an insect has been on a dead body it is usually in a pretty horrible state. Often the insects are actually feeding on the flesh of the body which would make most peoples stomach turn if they had to get so close, but for these people, its business as usual.

Prospects for Capital Infusion: A Convincing Pitch for Sourcing Funds for Business Expansion

Accidents in the Workplace

How Addictions Can Ruin Your Family

Break Through Your Desk Job Pain

Accutane and Its Side Effects

Health and Safety at Work: How to Prevent an Accident