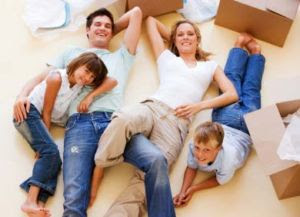 Most of the time blessings come when they are least expected. Just like what happened to my brother who received an unexpected blessing, a new job. Though he applied for the said job weeks ago, he was not expecting to be hired because he has no any background as transcriber. But because he speaks and understands Nihonggo, he was hired by the clinic’s owner who is a Japanese.

I am happy for my brother because he was jobless for 2 years and now this is it. I am sad at the same time because he, together with his family, is thinking of moving to an apartment near the clinic where he is working and have their house rented. He asked for my opinion and  I advised him to  evaluate and weigh things first. He is new to the job and it is not wise to rush into decisions.  Having a new job can be overwhelming but moving to a new place is another thing. It is a big step in their life so they need to plan carefully.
Based on my experience, it is hard to look for a trusted local moving company that can give a far smoother transaction like the LA Movers. My brother could save money for sure by choosing a lesser-known company but handing their precious possessions to them means taking a risk. Many people are filing complaints against moving companies for not living up to their commitments and I don’t want that to happen to my brother. Can you recommend a local moving company that can make my brother’s moving  smooth and pleasant?
Wanted: Moving Company was last modified: March 12th, 2015 by Rossel
Spread the love
Tweet