Home technology What is a Thermocouple and Will it Keep my Drink Icy Cold?
technology

What is a Thermocouple and Will it Keep my Drink Icy Cold?

What is a thermocouple?

It is an electrical device that consists of two different conductors forming electrical junctions at different temperatures. A temperature-dependent voltage is produced as a result of the thermoelectric effect, which can be recorded and measured to interpret temperature. The thermoelectric effect is sometimes referred to as the Seebeck or Peltier (or Seebeck-Peltier) effect, in credit to the physicists Thomas Johann Seebeck and Jean Charles Athanase Peltier who discovered it independently of each other.

Some of you may have read ‘thermoelectric effect’ and thought, aha, let’s make electricity! Indeed, taking the thermoelectric concept of heat to voltage conversion, a series of thermocouples connected together forms a thermopile. The more thermocouple pairs in series increases the magnitude of the voltage output. Otherwise known as a thermoelectric generator it has the advantage of producing electricity in virtually all conditions, providing there is a heat source.

A thermopile (with several thermocouple pairs in series) in action on a hot day.

Many gas fed appliances around the home, such as boilers and ovens, use a pilot flame to ignite the main gas burner when required. A problem may occur if the pilot flame goes out and unburned gas is allowed to be released. Naturally, leaked gas is never good and poses the risk of an explosion or a health hazard. This is where the thermocouple comes in as a fail-safe component. Its tip is attached to the pilot flame, and so long as there is a thermoelectric effect, i.e. the pilot flame heat generates a voltage, the pilot gas valve is held open. Conversely, if the pilot flame goes out, the thermocouple temperature falls along with the voltage. This closes the valve and avoids any leaks. Similarly, they are used to shut off gas supply in the event the main burner does not ignite after a specific period of time.

Many newer appliances have made use of an electronically controlled ignition, avoiding the need (and associated risk) of a constant pilot flame. Whilst this is more fuel efficient, and certainly safer in that gas cannot be built up, it is dependant on an external source of electricity. This is what makes the simple thermocouple invaluable as it does not require any external excitation and can operate in the event of a power outage.

It is exactly that self-sufficiency that makes thermocouples ideal for remote use with little external energy. Many space probes travelling far from a solar source (or a weak source in general) make use of a thermoelectric generator. The heat source used on the Mars Curiosity rover, for instance, generated electricity from the heat produced from the radioactive decay of transuranic elements.

In lamps and radios

Perhaps not as sophisticated as radioisotope thermoelectric generator but equally as important, kerosene lamps have been modified to operate batteryless radio receivers in isolated areas such as thick forest or mountain ranges. Similarly, some survival lanterns use the heat from a single candle to run several light-emitting diodes.

Have you ever wondered quite how your drinks stay nice and cold on a baking hot day in the park? There is a thermocouple to thank for that. The thermopile draws heat away from the interior of the cooler using the Seebeck-Peltier effect. The heat from the thermopile is dissipated with a fan, leaving the interior of the box to cool by as much as 20 Degrees Celsius (68F). All that’s needed is a good thermal insulator around the box, and a steady supply of AC from your car’s lighter socket or mains. 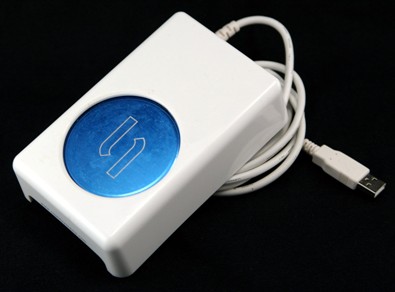 This is the latest in consumer thermoelectric gadgetry. This is a USB powered
thermoelectric generator that sits as a coaster for your drink. We’ll drink to that!

As fascinating as the thermoelectric effect may be, care must be taken when handling electronics. If you are not sure, comfortable or confident, research until you are! If you would like to experiment with thermocouples stick with trusted electronic suppliers, such as RS Components.

What is a Thermocouple and Will it Keep my Drink Icy Cold? was last modified: July 27th, 2017 by Rossel
Spread the love
Tweet

Careers in Industry Are Easier to Obtain Than Ever Before

Action Camera Accessories You Should Get for Your Next Adventure

How Technology is Changing Today’s Classroom

NAS Storage Systems and the Threats to Data Integrity