Hubby went to Baguio last Friday to attend the wake of our beloved Tito Peter (you’ll be missed, Tito). My FIL really wanted to attend the interment but he can’t because of fever and he can’t leave MIL alone. So after packing hubby’s overnight bag, he caught the 6:00PM trip of Victory Liner, regular aircon. According to him, the trip went well except for his seatmate who slept like an ambulance making those weird noises. Anyway, hubby was able to get some sleep and after 6hours and 30minutes, he finally reached Baguio. While waiting to be picked up by his cousins, he was observing Baguio. It was a chilly and he was surprised that a number of teens were still awake at that time.

Hubby has been to Baguio many times before. During his childhood, his teens, our honeymoon, when RJ was two years old and lately, during their office team building. He really loves the climate and the friendly people. It is unfortunate that He’ll be visiting Baguio not for relaxation but because of death in the family.

Saturday started early for everyone. They prepared for holy mass and after the eulogy, the convoy headed for the cemetery. As they were passing through the city proper, hubby noticed that it’s taking some time for the convoy to move. Then he heard the conversation between the other passengers and even though his Ilocano is a bit rusty, he was able to decipher it and they were talking about the construction work being done in that area and they said that the road is perfectly fine and the politicians just want to earn some kickback money. Hubby said to himself, “sorry guys, you have to accept the fact that it is now the system”. Traffic was still at a snail’s pace though hubby can live with it. Maybe drivers from Manila have invaded Baguio and taught the local drivers how to create bottleneck and gridlocks in the busy streets of the Pine City as well as instill in them road courtesy, the Manila way. Lol! But what bothers hubby most was the pollution. Everyone in their shuttle was covering their noses because they can not stand the fumes being emitted by the vehicles around them. May it be private cars/jeepneys/buses/taxis, they all contribute to the pollution. I suddenly remember my last visit to Baguio almost seven years ago. The surrounding is white because of fog and not because of polluted fumes. 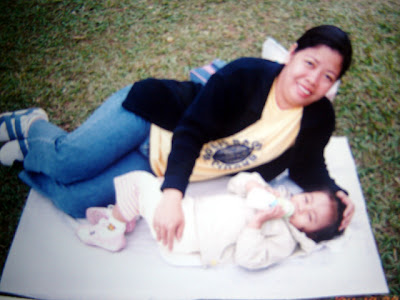 I know that traffic, pollution and increase in number of vehicles are signs of progress but the local government can at least do something to minimize these so as not to further damage Baguio’s beauty.

After the interment, hubby left immediately for Manila and while going down Marcos Highway, he would like to ask “Baguio, why did you allow yourself to be polluted…to be ruled by abusive and undisciplined drivers…..to be taken advantaged of by people who are supposed to be your protectors? Why, Baguio? Why?

Cars for Girls and Dolls for Boys

Bus Riding as an Adventure

Filipino Discipline at Its Finest (Part 3)

Two Thumbs Up to Carlos Celdran

Hats Off to Hardworking Filipino Workers

Filipino Discipline at Its Finest (Part 2)

King of the Road

The Train is Coming!

ooh i always find baguio as very interesting because of it’s beautiful trees. I hope i can visit it someday and i do hope they can still preserve its beauty

I visited Baguio 6 years ago and there wasn’t heavy traffic when I got there. It was pretty much a leisure so it’s sad to hear about this.

I hope that Baguio will be greener again. the last time I visited the city was about five years ago.
quick visit lang sis to say hello. Have a wonderful weekdays ahead!