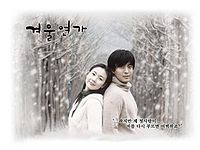 VIEW ALL POSTS BY Rossel

Medical practitioners are some of the most overworked people in the world. This is unsurprising because they are at the forefront of public health services. There is always someone who needs medical attention, whether in the form of a simple check-up to or a vital surgery for the treatment of a life-threatening condition. Some physicians […]

The news is in – you are moving to a new home. You have visited the placed and liked it so much, you have arranged the deal and now all you have to do is pack everything from your old home and move it to the new one. Going to live to a new place […]

Thank you for subscribing!