I have good friends who extended their help and gave donations for my family. Thank you very much my dear friends. I was able to buy my family goods, rice and their other basic needs. I went back to my parents’ and siblings’ place after a week and brought the goods. To my dismay, the water is still knee level. It’s now black and smells like ditch water. I walked on that flood with my Mom and brothers. RJ road on a boat with the goods.

The lady in black and white blouse with prints is my mom. RJ and the goods are on the boat. 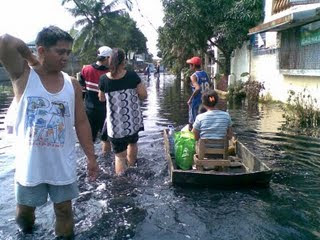 My two brothers carrying the half sack of rice. The other half was carried by my cousin and my other brother. 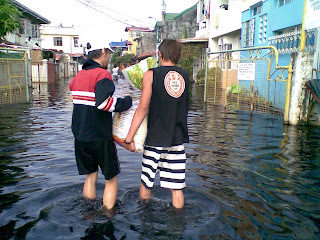 My Aunt’s house during typhoon Ondoy… 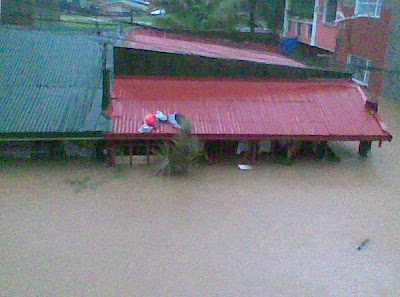 Their house after typhoon Ondoy. 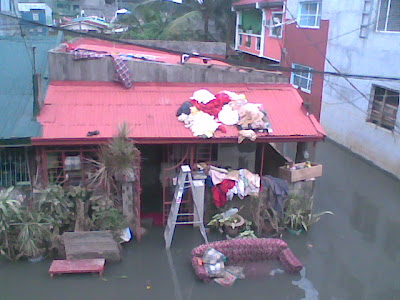 The place is now like a ghost town. Many vacated their houses especially those who are living on apartments. They have no electricity until now and the water is not safe to drink anymore.

Typhoon Ondoy left the country but still the Filipinos are feeling its wrath. Its aftermath is everywhere. There are tons of garbage on main roads and streets. The MMDA and local government units don’t know where to dump these garbage.

Many areas are still flooded. Big trucks and boats are now the mode of transportation in some places. 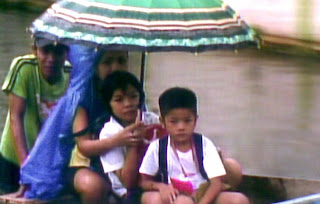 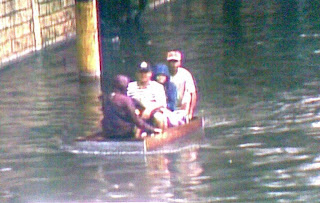 Properties and structures were damaged. 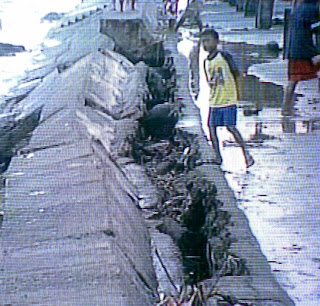 It’s supposedly harvest season but the rice fields and other crops submerged in flood. 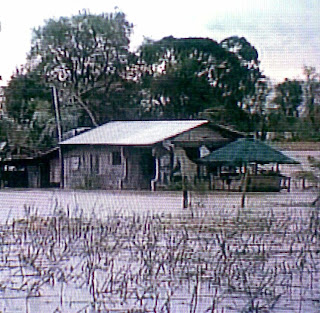 The prices of basic commodities and vegetables increased by 10 to 50 percent.

The most hearth-breaking of them all… 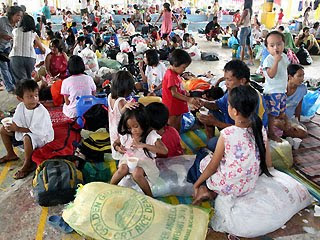 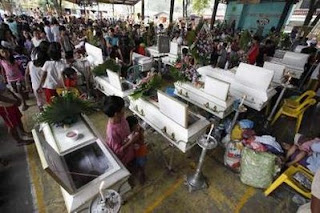 In times like this, we need to help our countrymen and work hand in hand. We need to be still and strong. It’s not end of the world yet. This is just one of those trials and I know we can surpass this.

For my friends who are asking how we are doing, we are fine and safe. We have no internet connection since Saturday that’s why I can’t blog hop as of the moment. I am here at internet cafe. Just want to share some pictures with you. Please help those who are in need and please pray for our countrymen and for the Philippines.

Important Things You Should Know About Fire Extinguishers

Getting Rid of the Bulges

How Can Our Politics Affect Housing Projects

Hello Tokaya sana nakarecover ka na sa bagyo!
I am trying to generate some support for our daughter. I entered her into a Smile Contest, so if you could please cast a vote for her every day until October 31st it would be so much appreciated. To cast your vote, please go to this link. Just look for Jillian Rylie Cottrill Thank you very much for all your help!

Glad to hear that you and your family is fine–that is the most important.I hope you can surpass it all…Take care,Mommy Rossel.