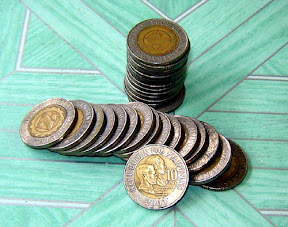 Forex Unmasked – The Liquidity Pyramid and its Hidden Layers

Tips in Choosing a Financial Advisor

Types of Banking Conducted by California Bank and Trust

Who Needs an EIN? Does Everybody?

Yes, I Love Myself Financially

Is Debt Consolidation Good For You?

Well even if there is gold in the 10 peso old coin bank central will not announce that in Public. People have to test it for themselves to know the truth. Just want and see if there is really gold in the coin some smart guy will be buying them.

It could also be true. Who will say in public that the people governing those years made loopholes to get gold legally out of bangko sentral? That would be 1998-2001? Just a thought.

I don’t think that that information is accurate. I’m sure the BSP will not commit such a monumental blunder. It is just an unfounded rumor. Thanks for the post. God bless you all always.